The Women Behind The Brand | Bellame Beauty Inc. Skip to main content

The Women Behind The Brand 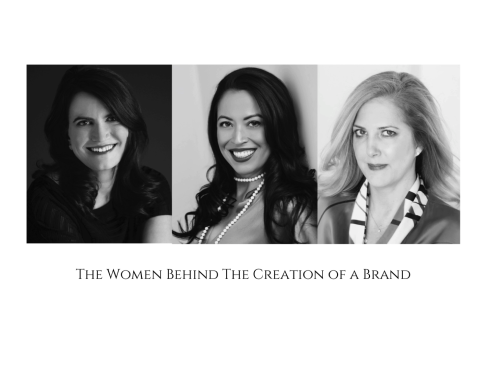 When you're building a brand that breaks all the rules - and rewrites the script on an entire channel of distribution – the creative team supporting the project has to be stellar. And in California-based BELLAME CEO and founder Melissa Thompson's case, the fact that her design + copy leads are all female is no accident. "BELLAME was founded with the belief in empowering women from the inside out," she says. "We're obsessed with our 'tribe.'"

Drawing on her mega experience in the cosmetics industry, which has included tenures at the world's top direct-sales companies, Thompson's goal with BELLAME was to give women a path – via science-backed, luxury beauty and an innovative business model – to claim their career and financial destinies. And it was precisely this new approach to direct-sales that attracted Float Design founder Larissa Pickens to BELLAME.

"Melissa found me on the CEW members site," Pickens recalls, referring to Cosmetic Executive Women, the New York City-based networking association. "From our very first call, I loved her energy and enthusiasm. She put so much of herself into the project, had a great track record with her previous businesses and really made it feel like we were partners."

Still, before she signed-on, Pickens did her due diligence. Friends and family members hadn't had great experiences repping other direct-sales brands, and she wanted to make sure BELLAME would right those wrongs. "I really grilled Melissa in our first calls," says Pickens. "I wanted to learn how she was planning to structure the business and ensure team could flourish. Needless to say, I was ultimately convinced. She was truly willing to invest in her team, making decisions that would cut into profits for the sake of improving their ability to run a successful business."

Cut to months later: Armed with Thompson's product prototypes, Pickens and her multi-city staff got to work mocking-up a brochure. "Melissa came in with a very strong vision of what she wanted and it honestly feels like we took it and ran with it," says Pickens. "She approached us with the idea of an elegant, black and white brand that looked like an invitation, and everything flowed naturally from that concept."

Based in Austin, Pickens guides designers on her own Texas turf, as well as in New York City (where Float originally launched), Seattle, North Carolina and Los Angeles. "We're truly a distributed team," she says. "Thank goodness for Slack! We're on it all day, and use Basecamp to keep projects organized."

Although she's had male designers before, and fully intends to again in the future, Pickens' current staff is made up solely of women. "Since Float started focusing on the beauty industry, I've found many women knocking down the door to work with us, whereas guys aren't as passionate about this space."

When she reached the point with BELLAME when she needed help with copy, Pickens reached out to veteran beauty writer Dana Wood, whom she discovered on LinkedIn. Wood, who logged two decades as Beauty Director for three Condé Nast magazines, is currently based in St. Petersburg, Florida, and splits her time between editorial assignments and brand copywriting.

"I'm thrilled Larissa 'found' me for this project," says Wood. "Not only is the BELLAME line effective, gorgeous and a pure pleasure to use, the creation of the brochure and website copy was seamless. Both Melissa and Larissa have crystal clear visions, and are meticulously organized and great communicators. I hope to do loads more work with these super-sharp, successful women."

You need a Clay Mask in your life!

Clay masks are designed to do many things in one quick, pampering application. These masks can absorb oil, prevent mild…
07/13/2021